Breaking News
Home / Economy / According to the UIA, the industry fell more than 4% in August

According to the UIA, the industry fell more than 4% in August

Industrial activity in August registered a drop of 4.1% compared to the same period of 2017 and accumulated so far this year a fall of 0.8%, in the same measurement, according to a survey of the UIA

Compared to the previous July, industrial production experienced a rise of 0.7%, according to the report prepared by the manufacturing plant.

Among the sectors that presented accumulated losses, the chemical and petrochemical sector, textiles, food and beverages and metal-mechanics stood out. While among those who promoted the activity are basic metals, automotive and non-metallic minerals. Said increases began to decelerate as of May.

On the other hand, for September automotive production showed a drop of 20.6% in relation to the same month of last year, the biggest drop so far this year. For September, industrial activity as a whole is expected to fall by around 5%.

Regarding registered industrial employment, during July 2018 a monthly contraction of 0.35% was observed, which represented a loss of 4,078 jobs. It is the eighth consecutive month with a negative trend. With respect to July 2017, there were 27,925 less wage earners, a decrease of 2.34%.

As a positive aspect, the UIA report showed the continuity in the improvement of exports. In August, the external sales of manufactures of industrial origin grew 11.3% and reached a value in dollars of 1.793 million. For its part, manufactures of agricultural origin -excluding the oilseed complex- expanded by 15.8%, reaching 782 million dollars.

Part of the positive indicators of exports this month can be explained by the growth of the Brazilian manufacturing industry that reached a rise of 2.1% year-on-year in August. In the seasonally adjusted measurement there was no inter-monthly variation. From January to August, Brazilian industrial activity grew by 3%.

On the side of external purchases, they fell 0.3% compared to August 2017 and reached 6.294 billion dollars.

It is expected that in the coming months the generalized fall in industrial activity will continue, with the exception of some export items. In this way, the year would end with a decrease of around 2%, 2.5%.

Previous Osorio, silver in javelin: a medal with a family legacy

Government seeks to attract investment from insurers for entrepreneur projects

From tomorrow, the CUIT can be processed online in less than 15 minutes

Venezuela raises the stock exchange rate halfway: it will sell currencies again, but not dollars 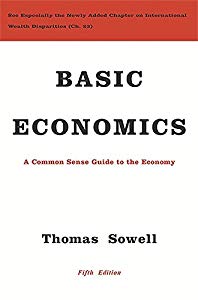 by Thomas Sowell for $45.00 $27.19 New from $19.59 Used from $22.52
The bestselling citizen's guide to economicsBasic Economics is a citizen's guide to economics, written for those who want to understand how the economy works but have no interest in jargon or equations. Bestselling economist Thomas Sowell explains... read more
(as of October 16, 2018 - More infoProduct prices and availability are accurate as of the date/time indicated and are subject to change. Any price and availability information displayed on [relevant Amazon Site(s), as applicable] at the time of purchase will apply to the purchase of this product.) 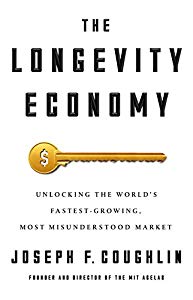 The Longevity Economy: Unlocking the World's Fastest-Growing, Most Misunderstood Market

by Joseph F. Coughlin for $28.00 $19.04 New from $5.00 Used from $8.99
Oldness: a social construct at odds with reality that constrains how we live after middle age and stifles business thinking on how to best serve a group of consumers, workers, and innovators that is growing larger and wealthier with every passing day... read more
(as of October 16, 2018 - More infoProduct prices and availability are accurate as of the date/time indicated and are subject to change. Any price and availability information displayed on [relevant Amazon Site(s), as applicable] at the time of purchase will apply to the purchase of this product.)